7 Stages presents ArtSpot Productions’ “Sea of Common Catastrophe” (Feb. 2-12), which features some heavy themes of Hurricane Katrina and gentrification in New Orleans. These ideas aren’t restricted to NOLA though; over the last few years Atlanta has had its own problems with gentrification. We caught up with Historic Properties Coordinator Ben Sutton from The Georgia Trust for Historic Preservation to shed more light on what gentrification is and how ATL arts and younger generations can be aware of it.

Q. What is gentrification and what causes it?

A. I think gentrification is a bit of a loaded term because, depending on who you are and your perspective, it can mean a couple of different things. Generally speaking … gentrification is when a traditional or historic neighborhood rapidly changes in terms of property values, because folks who have not traditionally lived in that area, are drawn to the amenities or affordable property that are available there. Long term, if those home values stay at a high level, then their tax rates also increase which means that even if somebody has lived in a historic neighborhood for a long time and has no intent to sell, that home becomes unaffordable for them. There is a balance to be struck between a neighborhood that needs investment and revitalization versus a neighborhood that is overrun because it’s a trendy spot.

Q. How has gentrification in Atlanta changed in the 21st Century and what are certain areas that are receiving the brunt of it?

A. Atlanta isn’t experiencing anything that other major cities are not experiencing. In the 1940s through the ‘80s and ‘90s, there was a trend to move out of the city and into the suburbs and satellite cities. People now want to move back into the city … that naturally creates at least the appearance of gentrification …. Major projects that I would argue are connected to that trend, like the Beltline, Ponce City Market, all of these big investments in the city center, are actually a response to the trend that was already taking place – of people moving back into the city. All along the eastside trail of the Beltline, prices have been skyrocketing over the last five years like Inman Park, Virginia Highlands and Historic Midtown. But that would’ve happened without the Beltline. What the Beltline can make sure of is that those westside areas like West End and Adair Park have the opportunity to stay as they have been. …[You’ve] got the new Falcon’s stadium in that area and their big redevelopment plans over in Vine City. So everybody talks a good game but it will be interesting to see if the controls that are in place are actually used to maintain traditional neighborhoods and traditional communities.

Q. How does Atlanta’s gentrification compare to other major U.S. cities like New Orleans?

A. Atlanta is a different animal than New Orleans, which is a very unique case because you basically had everyone leave the city and it became a blank slate. Atlanta is different because there’s nowhere that was entirely wiped out like that. But if you go back to the early 20th century, the density of in-town Atlanta was incredible — just the number of people per square mile. That density disappeared in the last half of the 20th century though and now we’re building back to it. There’s a really great example of what can be done about gentrification in New Orleans. There’s a project called the Iberville Offsites around the historic Tremé neighborhood. They bought 40 or 50 old shotgun houses and saved these dilapidated properties by funding them as low income housing and treating them like an apartment building with 50 units. That project is a really good one to look at because … the low income housing aspect of it not only preserved the architecture, but also the traditional community of the neighborhood. There are many opportunities for that type of model to be used in Atlanta.

Q. What are some things young people (20’s and 30’s) can do to work against gentrification in Atlanta?

A. My advice is just knowing where you live, knowing its history, knowing the people you live with or around and recognizing what part of the community you are. So if you were to move into a historic neighborhood, you might have a neighbor over to your right that’s also a renter and a house across the street with a lady who has lived there for fifty years. Understanding her and her story is a critical aspect of what the community you live in now is all about. From that woman across the street’s perspective, you might be the gentrifier. But from your perspective, the gentrifier is the developer two streets down that’s knocking all these houses down and selling them for three times as much as they bought them for, because if he does that enough times, you can’t rent in that neighborhood anymore. By understanding that neighborhood history, you learn what to fight for and why it’s important to fight for it.

Q. How do the arts affect gentrification?

A. The old adage is “if you want to watch gentrification happen, watch where the artists go,” and that’s because artists are looking for cheap rent and tend to be brave individuals. Once they prove that a place is livable, everybody else tends to follow and eventually you end up with suburban families with kids who move in because they think it’s such a trendy place to live. If you take that as true, then your first step as artists moving into a neighborhood is to build those community bonds I was talking about. Invest however you can in the community you’re in by understanding the history and the people you live around, and by doing that you become a much greater advocate for your neighborhood. 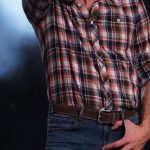 An interview with the creators of COWBOYInterviews 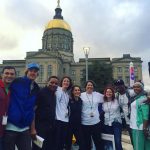