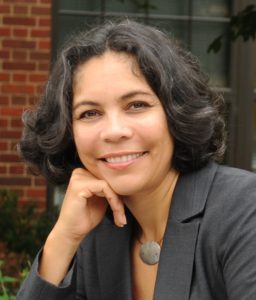 We spoke to Jennifer Singh, assistant professor at Georgia Tech, about her new book on autism, Multiple Autisms:
Spectrums of Advocacy and Genomic Science. Read our interview with the author below:

Q. Your book uses data from over 70 interviews with scientists, parents, and people living with autism. What was it like mapping out all this research?

A. Mapping out this much data is always a challenge. The approach I take is to start the data analysis immediately. As soon as I conduct an interview, I write theoretical memos on key themes that are identified and new questions that arise, which shapes the direction of my research. I take a grounded theory approach, which is a systematic approach for gathering, synthesizing, analyzing, and conceptualizing qualitative data to construct theory. In other words, I constructed the meanings of autism from the ground up, starting with interviews from people living with autism. Once I have established central themes, I incorporate focused coding of the data to help sythesize and explain larger segments of the data. I also developed situational maps that helped me to identify  and connect human and non human elements/actors/actants, collective human elements/actors, as well as implicated/silent actors/actants. This is an approach developed by my PhD Advisor, Dr. Adele Clarke.

Q. What interview resonated the most with you?

A. The interviews that resonated with me the most were the ones I conducted with people who have autism. These were my first set of interviews, which I started before I knew very much about autism. This is traditionally how grounded theory should be conducted. Among these interviews, I had the opportunity to meet a young women who was newly diagnosed with Asperger’s Syndrome. She was 33 years old and was able to reflect on her entire life not quite understanding her battles with anxiety, social communication, and anorexia. I keep coming back to this interview because it demonstrates how girls and women are overlooked in the screening and diagnosis process (boys are diagnosed 4 times more than girls) and how gendered stereotypes shape how certain symptoms are interpreted over others. I think I listened to her interview the most because shared with me such intimate details of how she interprets the world. She told me it was like trying to communicate in a foreign language without an interpreter and the constant work she does to try and keep all the elements of a social conversation in her head. These interviews also resonate in my new research on working with adults on the autism spectrum with life transition issues, especially in areas of independent living, employment, and long-term health.

Q. During your time as a sociologist of science, technology, and medicine at Georgia Tech, have you found a community of autism advocates and people living with autism here in Atlanta?

A. Yes! As I indicated earlier, I am working with the Atlanta Autism Consortium (AAC) to develop community-based intervention workshops that target the needs of adults living on the spectrum in metro Atlanta. The AAC is a non-profit organization that consists of a broad range of stakeholders, including: autism researchers, public health professionals, educators, service providers, policy makers, and people with autism and their families. Over the years the AAC has developed a closer relationship with a group of autistic self-advocates who are helping us identify and develop an agenda on how the AAC can utilize it’s network to focus on adult quality of life issues. I advertised the play to the AAC and we would love to organize a group to come to the play.

Q. Since the publishing of your book, how has autism awareness progressed or digressed in Atlanta?

A. This book was just published (Jan 2016), so I am uncertain how to answer this question other than to say that in Atlanta, organizations like the AAC, have really help over the years to organize different stakeholders to target specific agendas. For example, they helped to write the Insurance reform bill (Ava’s Law) that was passed in Georgia. This requires employment-based insurance to cover autism therapies such as applied behavioral analysis or occupational therapy. There are so many grass roots efforts throughout Georgia, many that are initiated by parents. One is the Parent to Parent Network, which provides a much needed service to parents who are newly diagnoses help navigate the complex systems of care in Georgia. They are especially useful for low-income and under served families. This state is certainly not the best for autism services and has limits compared to other parts of the U.S. I am however, seeing a movement in the Latino Community through efforts by the Center for Leadership in Disability at Georgia State. Again, this is being charged by a parent with a child with autism who understands the complexities of navigating the system in a different language. So much more work to do here, which is also another new area of research for me. 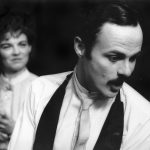 Finding love at The Threepenny OperaInterviews