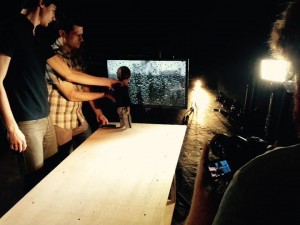 Luis Hernandez has been a part of Inside I since the workshop process. He has seen the play grow and change, and now gets to be a part of the premiere here at 7 Stages. Read below to see why the possibilities in puppetry are limitless, and how the multimedia in the show is a welcomed challenge to performers:

Q. Inside I uses multimedia techniques to help the audience understand autism. What was your perception of autism before working on this production? And how has this production changed that perception?

A. My perception of autism before being involved with Inside I was of a controversial mental health issue affecting a growing number of families throughout the country with very little insight into its cause. After being involved in the workshop process for the show I have learned that there are still a lot of unanswered questions regarding autism, but that there is a lot of research being done every year, and it seems we get closer and closer to an understanding of this disorder. I also became aware of the different schools of thought as to how people who are on the spectrum and their caregivers feel about autism, which seem to center around the idea of finding a cure and inclusion into the neurotypical society, versus the idea of changing this society’s perception of autism and people on the spectrum as a regular part of the human population. To this day it’s still a hotly debated topic of discussion, and it’s an idea that I still grapple with.

Q. Describe your character and their role in the play?

A. I play Ben’s father who, as a new parent of a child who may be on the spectrum, is afraid that he won’t be able to deal with, not only financially but also emotionally, the challenges rearing that child might bring. Unfortunately, most statistics calculate that the divorce rate among parents of children who are on the spectrum is almost twice the divorce rate of the general population, and that provides yet another enormous challenge for children on the spectrum. I also get to “second” the Ben puppet, which means manipulating his arms or legs, and as a puppeteer in this role, it’s very interesting to convey physically what it feels like to be on the spectrum and experience what Ben goes through in these situations.

Q. Inside I is told through video, puppetry, and other visual techniques, what is the biggest challenge as an actor in telling a story this way on stage?

A. For any theatre production involving the use of new technology or staging methods it’s always trial and error as you go, but it is also a great opportunity to expand an artist’s perception of his/her art form and to collaborate with other artists in the creation of new ways of producing innovative theatre. I have been a puppeteer for many years now, and it still astounds me how with every production I am involved with I always learn new skills or new ways of using puppetry to tell a story. It always feels like the possibilities with puppetry are limitless! We are also in an era where theatre is becoming so overtly integrated with technology in order to challenge the audience’s perception of what theatre is and can be in the future, and I am so glad to be part of this experiment.

Q. What do you hope audiences will walk away talking about after seeing Inside I?

A. My hope is that the audiences experience in the hour that they spend with us, at least a bit of the discovery, wonderment, and inquisitiveness I experienced myself during the process of developing this play. For people on the spectrum and their friends, family members, caregivers, advocates, etc. I hope that they are able to feel a sense of pride or acknowledgement in seeing a story from their unique community portrayed on a major stage and that they are able to connect with Ben and identify with his struggles. As with any theatrical production, the main aim is always to start a discussion and to inspire people to take action and enrich their lives and the lives of others. 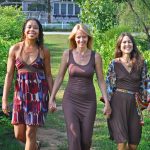 The Pacha Mamas join us for April’s Home Brew!Interviews