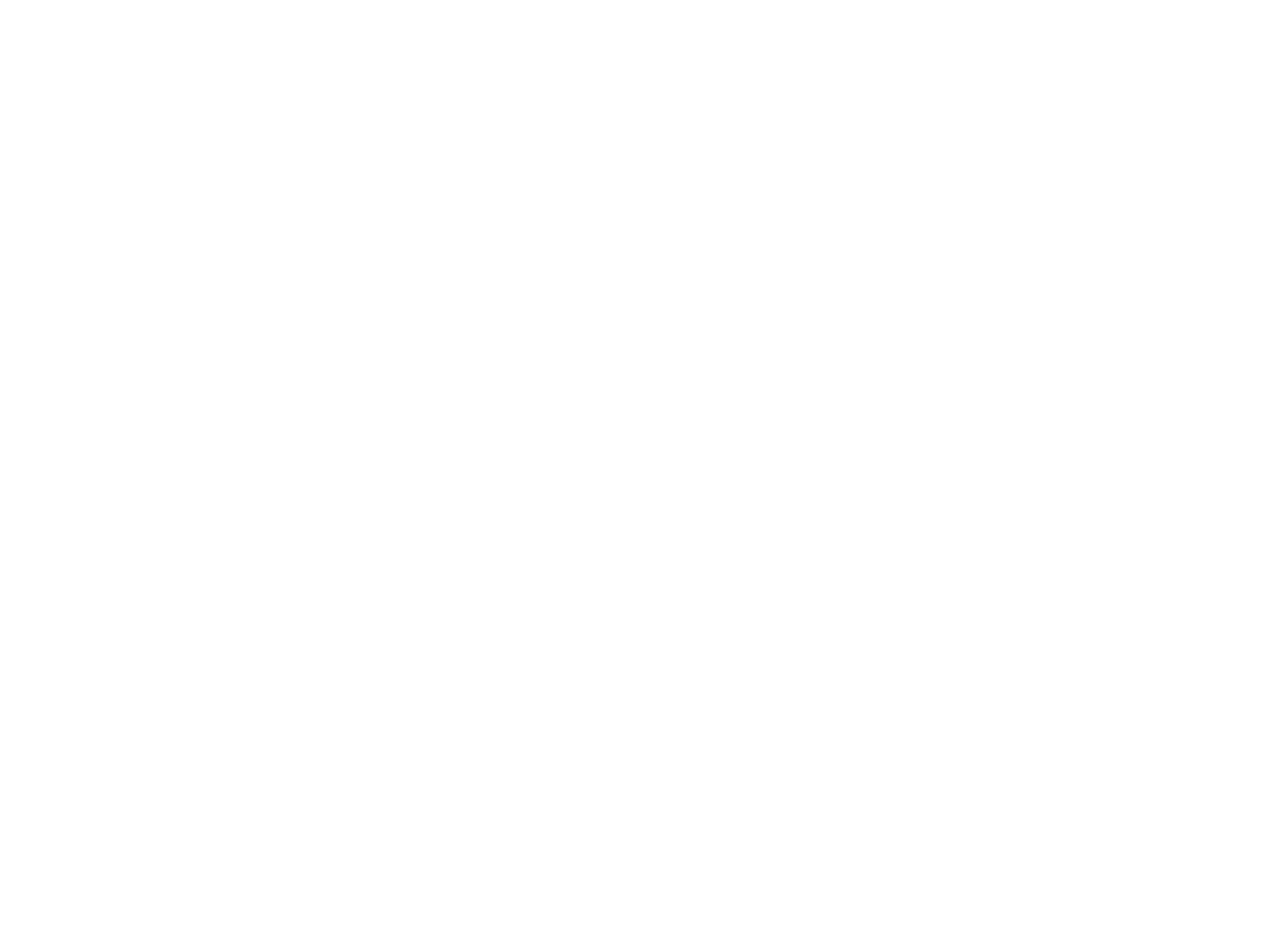 The Pacha Mamas join us for April’s Home Brew! 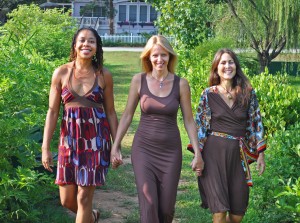 On Saturday, April 30 at noon, The Pacha Mamas’ will present their newest work, A Touch of Goddesspell aka Guardians of Gaia. The presentation is free and is sponsored by Three Taverns Brewery. Join us next Saturday for free local beer and art, and then head down to the Inman Park Festival in time for the parade.

Below, we spoke to Angela Bennett, one of the members of The Pacha Mamas about their new work, and why we need to reconnect with Mother Earth and stop devaluing the feminine spirit:

A. The idea of Goddesspell as a musical theatre piece came out of the desire to really look at the ways we devalue the feminine spirit or yin energy and the effects that this has not only on us personally but on humanity in general. The glorification of masculine energy at the expense of the feminine principle is reflected in our world in many ways that we have come to just accept as normal including seeing God as a man. Goddesspell, up until last year was a concept in my mind and on paper. When we (The Pacha Mamas) really started developing it as an actual living breathing show, we realized that in order to address all the goddess archetypes that we would be presenting with integrity, the process was going to take much more time and resources than we originally thought. At the same time, we all were feeling concern for the environment, our Mother Earth, and the critical place we are with those issues. It occurred to us that our misuse and abuse of our natural resources is a direct reflection of our devaluing of yin/feminine energy – that it is all connected. So putting these concerns together- the length of time and the amount of support/resources we would need to build to really do Goddesspell justice AND our sense of urgency for transformation around the ways in which we relate to Mother Earth, we came up with what we are calling “Guardians of Gaia” AKA “A Touch of Goddesspell” which has elements of what Goddesspell will be but can stand on it’s own as an hour long show that we can more easily take on mini-tours (along with an offering of a companion workshop as an opportunity to delve into the subject deeper as a community) to mostly our familiar stomping grounds to begin with as soon as this fall.

Q. A Touch of Goddesspell is all about Mother Earth and our connection with her, good and bad. Tell audiences a little more about why you wanted to focus on this topic now?

A. We are living unsustainably on the earth right now. We are trashing the earth to be quite frank and some people don’t really want to look at that especially if they don’t feel it’s affecting them directly and other people are just too busy trying to keep their own lives above water to try and deal with one more problem so to speak. This is obviously a completely disempowering way of looking or not looking at the issues. The fact is that what is happening is affecting us all NOW whether we choose to look at it or not. And here is where I will give you one quote from the end of our little show to make this point: “The earth is not a problem to be solved; it is a living being to which we belong. The earth is part of our own self and we are part of its suffering wholeness. Until we go to the root of our image of separateness, there can be no healing. And the deepest part of our separateness from creation lies in our forgetfulness of its sacred nature, which is also our own sacred nature.” The fact is, so many of us have become completely disconnected from our inherent and interconnected sacred nature and it’s being reflected in a very unbalanced and violent world.

Q. Your work as a group is a mixture of music, spoken word, movement and exudes energy. Why did you choose to create performances that encompassed so many art forms, and what do you want audiences to take away from this mixture of creation?

A. Well, I think the first thing that comes to mind is the fact that The Pacha Mamas came together previously having many different kinds of experiences in the performing arts and each one of us came in with a different specialization. For example, most of Marquetta’s formal artistic training has been in dance, Vivian’s in music and mine in theatre. So we are all bringing these different gifts to the table and finding that it’s fun and interesting and more fulfilling for us to mix it up or combine things- not only for us but for our audiences. All these forms compliment and add depth to each other and it’s sort of a reflection of life really and the beauty and depth that is found in the diversity of people’s gifts especially when expressed in collaboration. In general, we want audiences to feel energized, inspired, engaged and uplifted by what we do and how we do it.

Q. Home Brew is all about aiding local artists in developing their work, as well as exposing Atlanta audiences to local artists. What has been the best part of developing this piece as part of the Home Brew Series, and how does it aid in the next steps?

A. This opportunity has actually been much more significant for us than I think we originally anticipated. I am so grateful for it and we haven’t even had our presentation yet because honestly it really is about the process at this point. As individual artists, The Pacha Mamas are all piecing together our living in very creative ways through many different means. By most people’s standards, we live on the edge financially which is a price many artists pay but wouldn’t have it any other way out of integrity to our creative spirit/freedom. SO to coordinate the schedules of all three of us in order to find chunks of time to develop/create together is very difficult. BUT when you have a deadline, you go way out of your way to make it happen which is what we have been doing. So at this moment the fact that we have a definite place and time to share our work has been a huge catalyst in the actual creation of this piece so far. We are so thankful for the sense of purpose Home Brew has given us.   The idea that there are people out there that believe in what we are doing enough to help support us in making it happen is HUGE.   It’s not that easy to get support in developing new work and it usually requires a lot of voluntary time from the artists. I feel like the root of this comes from a real disconnect in our culture when it comes to the things we value in general and in particular valuing product over process. I’m looking forward to the kind of world where art and especially the kind that really engages the audience in inquiry is truly valued for the power that it has to help make the world a more spiritually and emotionally healthy place, translating into more true joy, love and peace all around!!! I believe as we begin to hold those aspects of ourselves that are considered yin/feminine energy in much higher esteem, creating more balance within ourselves, we will begin to see this change in the world.   Ultimately, I’m hoping that Guardians of Gaia is one of the things that helps facilitate that change and with the help of the Home Brew program that feels much more feasible to us. 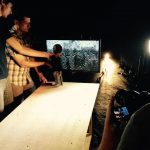